Want long-lasting (self-sustaining) impact in Haiti? Support small family farmers – including urban / community gardens Singing Rooster has been investing in small producer farmers in Haiti for over a decade. We launched operations with Haitian coffee farmers in 2009 and became 501c3 nonprofit in 2010. In 2015, we expanded our work to include cacao farmers (crops used to make all things chocolate). Since 60% of Haitians identify themselves as part of a family farm, it makes sense that sustainability efforts begin with agriculture. We’ll … END_OF_DOCUMENT_TOKEN_TO_BE_REPLACED 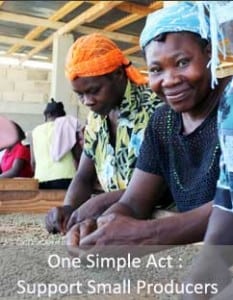