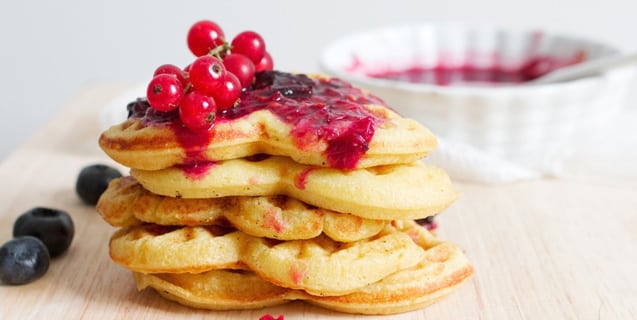 What goes better with pancakes than … coffee?

10 Things you didn’t know about Shrove Tuesday (or pancakes):

Eating pancakes on Shrove Tuesday is more than 1,000 years old and was was first adopted by the Irish where Lent meant abstaining from eggs and dairy (the practical Irish ate pancakes on Tuesday to use up all the goods before Ash Wednesday).

The most watched pancake video on YouTube is of cartoon character Pingu and his family making pancakes. (14 million times)

Before baking soda, cooks used fresh snow because it contained ammonia, which helped  pancakes come out fluffy and soft.  Can any cook out there confirm this?

The world’s most expensive pancake is $200:  Madagascan vanilla and 23-carat gold leaf.  Wow.  And all Haitians want is clean drinking water. 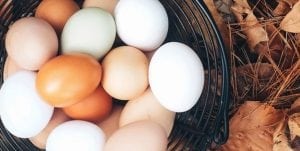 Over a lifetime, the average person will eat 7,300 eggs. 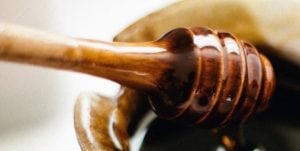 Maple Syrup was a sweet drink invented by Algonquin Indians who collected sap from Canadian sugar maples (40 gallons of sap = 1 gallon of syrup).

Since 1961, Mrs. Butterworth has been the iconic godmother of American syrup. In 2009, the company revealed that her first name is Joy. 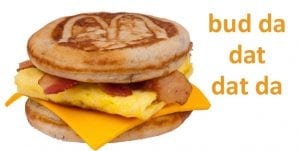 After McDonald’s launched the McGriddle, which uses two small pancakes instead of a biscuit, the company’s profits increased by 11%.  I’m not lovin it.

But we are LOVIN the natural health benefits of coffee — king of antioxidants among so many other things.  Drink (Haitian) coffee (it’s good for you) –>