Since Hurricane Matthew – we (like thousands) have been in crisis mode overtime.  Laughter reduces stress.  October 30th is a fitting day for a chuckle.  In fact, the eve prior to Halloween is our national be naughty night. It’s the one night a year kids big and small are allowed to prank friends and neighbors. 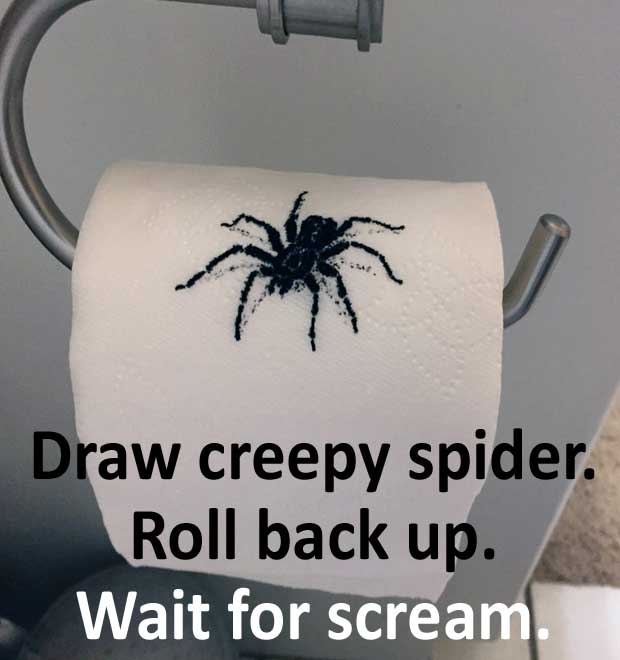 Here’s what some around the country call it:

Where does national be naughty night originate?

Mischievous activity dates to the origins of Halloween, a Celtic tradition 2000 years ago.  Spirits were thought to roam the night before the Celtic New Year on November 1st, playing tricks on towns folk.   November 1st itself was a somber event as it symbolized death (the beginning of winter’s darkness.)  On the 30th, Celts wore animal-themed costumes and threw crops and animals into raging bonfires to summon the protection of deities as the long winter approached.  Why do sheep and goats always get the short straw on “holidays?”

In the 8th century, Pope Gregory III declared November 1st as All Saints’ Day — the day to remember saints and martyrs. Trick-or-treating likely stems from All Saint’s Day parades in England, where the poor would beg for food.

Irish and Scottish immigrants brought the tradition of costumes and pranks and the handing out of food to America where Halloween remained rooted in naughty activity.  Candy was introduced in the early 20th century to curb vandalism (thanks Hershey’s!).

Thanks to all of you who are burning hours, weeks, months assisting others in need.  Happy Halloween from all of us at the Rooster.

Almost forgot the shameless plug:  Our introductory offer to our 5 spanking new chocolate bars (buy 5 get one free), ends at Midnight, Oct. 31st (okay, on Tuesday).

What’s your best prank? Night before Hallow’s Eve – laugh it up with #haitiancoffee #haitianchocolate. Singing Rooster – champion of small producers.